A GIANT FROM UKRAINE: THE TALLEST MAN ON THE PLANET

Home
/
A GIANT FROM UKRAINE: THE TALLEST MAN ON THE PLANET
MENUMENU 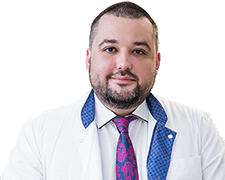 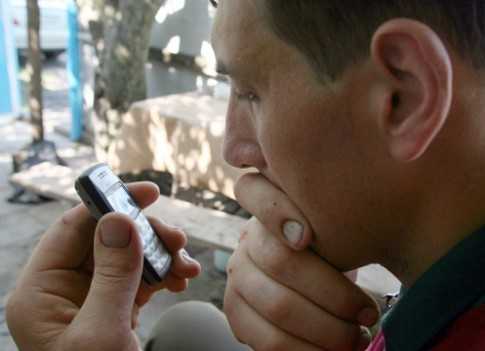 Giant height is a heavy burden for its owner. Like any natural abnormality, superhigh people attract attention, sometimes unhealthy. They are often not averse to abandon unnecessary fame and fussy hustle around themselves, they want to live, if possible, a normal life. So does Leonid Stadnik – the tallest man on the planet, about 257 cm tall.

He refused of the official measurements of his height in 2007, having held the official position of the tallest person for only about two years. But it remains, in fact, the world record holder.

Leonid Stadnik lives 210 km from Kiev, in the outback of the Zhytomyr region. He cultivates grape in local area and sees in it the meaning of his life. He deliberately decided not to make himself a walking attraction. Moreover, it was always difficult for him to walk – acromegaly causes a huge load on the legs.

Leonid has his shoe size 62, and in 2007 he even froze his legs, having no boots of the appropriate size. Later, he broke his ankle, and as a result of plaster casting, one leg became slightly shorter than the other.

Since then, much has changed for the better, and now the world record holder is dressed and shod, and has shoes made even in Belgium. However, the misfortune of that winter cost Stadnik work; he was a rural veterinarian.

Now Leonid continue to work on the ground – he got used to. Life in the Ukrainian province is not easy, and personally Stadnik has a hard time. However, celebrity status still helps. He gets clothes free of charge. He is under constant medical supervision, visited bt doctors from the USA. And recently, in June 2011, he was finally operated – the tumor that caused the growth hormone to release was removed. Possibly, he will not grow anymore.

Leonid Stadnik was born in 1971, in the same village of Podoliantsy Zhytomyr region where he still lives. As a child, he was not particularly tall; his parents height was unremarkable: his father — 173 cm, his mother — 152 cm. As a teenager, however, a boy was found to have a tumor in the sellar area. By the graduation from the veterinary institute, he had reached 2 meters 3 centimeters. And that was just the beginning.

Firstly, Stadnik felt uncomfortable riding a bicycle, and he changed it for the bus. Then the bus became small for him. The solution was good old horse traction. Only a strong peasant cart can withstand Leonid. His height created not only technical problems. The tumor pressed on the left eye, which over time almost went blind. His legs regularly swelled. Now, after the operation, Stadnik’s health is restored, and he gets up again at six in the morning, works on his plot. Two hectares of land, cows, pigs – the simultaneously simple and complex life of a Ukrainian peasant. Stadnik has no family, he deliberately decided not to burden any woman with his own problems. Thus, he still lives with his mother and sister. A sister, like Leonid, also gets a disability pension.

Leonid Stadnik had still been listed in the Guinness Book of Records. Moreover, it remains the actual record holder, according to the last measurement of its growth in Ukraine. And since then he has grown up, according to his own feelings. He shares the title of the world’s tallest man with Bao Xishun from China. He is 20 years older than Stadnik, used to work as a shepherd, but just now he began to earn with his own height – he gives interviews and allows taking pictures only for money. Recently married. Stadnik is categorical in this regard – no shows and unnecessary popularity. He had already experienced all this in those two years, from 2005 to 2007, when he was listed in the Guinness Book of Records.

The Guinness measurement procedure includes six measurements throughout the day in a standing and lying position. The chief editor of the Guinness Book of Records, Craig Glendi, offered Stadnik to be examined in Ukraine during the entire procedure, or to arrange a visit to Britain for him, but he publicly refused. The annual re-examinations seemed demeaning to him, the number of visitors “just to see” the Ukrainian giant was going off scale and confused his regular life. Stadnik, in the literal and figurative sense, had no place to hide from the numerous visitors. And therefore he officially notified the “Guinness Book” that he no longer wishes to be a world celebrity. But the height remained with him, and the clause about Stadnik remains in the article of the Guinness book about the tallest man.

Leonid weighs about 200 kg. He is also the owner of the world’s largest palm reaching 30 cm from wrist to fingertips. He is endowed with tremendous physical strength being able with only one hand to lift a three-meter rye with hay, pull a horse-drawn carriage from the dirt. He got used to rural life, and does not want to move anywhere. Although he had travelled a little – visited France and Germany. Leonid has fear of flying by plane. That is why he has never been to the United States, although invited.

Doctors prophesied the giant a short life, but Stadnik has already survived many of his colleagues in abnormal height. Leonid is thinking about doing beekeeping – all beekeepers, according to him, are long-lived because they breathe special air with pollen. But his main passion is viticulture. To make the grapevine bear fruit the regions similar to those in southern Canada is his dream. Who knows, maybe in the future he will be remembered in connection with the grapes on the tables of the Ukrainians, and only then as an ultra-tall man. Stadnik is super-hardworking for sure. The ordinary life of the unordinary Ukrainian goes in the Zhytomyr outback, where he makes our land more beautiful and better.